Royal Co. Down: A perspective

Royal Co. Down: A perspective

One of the questions that we get asked a lot as a golf tour operator is, “Just how good is Royal Co. Down?” and “Should I include it on my golf vacation to Ireland?”

Well, as every golfer knows, ranking golf courses is completely subjective and the factors involved in each individual’s decision-making process is just that, individual. We’ve all flicked through review sites and spotted someone ranking our favourite golf course way down their list and you end up berating that person for being everything from an uninformed fool to just down right crazy! So, having said all that, let me give you my opinion: Royal Co. Down is the toughest golf challenge that I have ever played, anywhere in the world, period.

I have played golf all over the world. I’ve played all but 2 of the top 25 links courses in the world and the majority of the world’s top 25 parkland/resort courses and nothing comes close. Nothing. I’ve played Royal Co. Down about 25-30 times, so I’ve got some experience of playing it in all weather.  So, what’s so special, you ask? Well again, this is totally subjective, but I’ll give you my thoughts on why this is not only the best golf course in Ireland, but arguably the world.

Royal Co. Down is an Old Tom Morris classic links, routed between some fabulous dunes. It is located in the village of Newcastle, Co Down, Northern Ireland about 50minutes drive south of Belfast. It has an almost perfect mix of golf holes, but for me its Par three holes are some of the best and challenging in the world. The setting is breath-taking. The opening four holes of the golf course run along Newcastle Bay, meeting Dundrum Bay at its farthest point. The moody Slieve Donard Mountain beautifully frames the backdrop to so many holes on the golf course and the red bricked tower of the adjacent Slieve Donard hotel compliments the vista.

Royal Co. Down is always in immaculate condition, irrespective of the time of year. The golf course offers a range of tee box options, and the advice of your caddie as to which to play from should be adhered to if you wish to enjoy your round. Royal Co. Down is no place to ‘experiment’ from the tips. It always runs hard and fast. There are very few flat lies on the golf course, the fairways are purely nature’s own rollercoasters. So many of the greens complexes are upturned saucers, so accuracy with your short irons is paramount. They are also traditionally hard, and fast. It is a cliché to say that bunkers on any golf course need to be avoided, but trust me, here, it’s imperative. It’s often windy, very windy, and when it does, it gets tough, very tough. 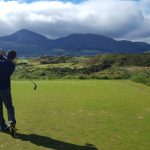 Does it have any weaknesses? One hole often gets commented upon by visitors. Right in the middle of the 17th fairways there is a pond. A natural pond, but a pond nonetheless. Internal water features on links courses are not unusual, but for some reason it just looks oddly out of place. There have been calls for years to fill it in, but for me, despite its location, I think the hole would be weaker without it.

Is that it? Well yes, pretty much!

Oh! we didn’t mention the Annesley Links, or the ‘2nd course’ as it’s known to the locals. A fabulous links in its own right that weaves its way through and around the championship course. It has been improved in recent years with the addition of two new holes to make way for a new practice ground. Far from being an after-thought, they have improved the Annesley immensely. It is certainly much shorter and not the beast of its big brother, but it is no less fun, a great 36-hole day.

It’s easy to laud a golf course and difficult to appreciate one, when you haven’t played it. Don’t be in the second category. Add Royal Co. Down to your bucket list immediately and let the Consummate Pro bring you to Northern Ireland to golf. 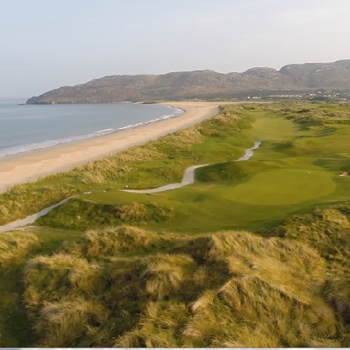 5 things to consider before your Ireland or Scotland golf vacation