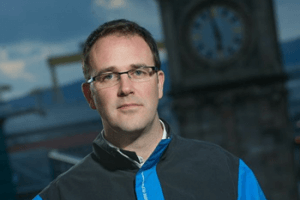 I first took a golf club in my hand at the age of seven, and have been consistently amazed, frustrated, angered, elated and mystified ever since! My summers were spent playing 36-holes a day, grabbing lunch in between and finishing off the day by hitting 150-200 balls on a range in the evenings, so it would be fair to say that I caught the golf bug quite early.

I spent almost a dozen years in the hospitality industry with most of that time working adjacent to the majestic Royal Co. Down Golf Club in Northern Ireland. A period working in event management in Dublin helped develop a mind-set that has become invaluable to my daily role at The Consummate Pro, where logistics, timing and attention to detail are essential. Finally, for seven years before I launched the company I worked with many of my now industry peers and accommodation service providers to help develop their product offering to golfers from around the world.

In a very short period of time, The Consummate Pro has become the golf operator of choice for our long list of discerning clients. Whether it is a bucket-list trip to the world-class links courses of the UK and Ireland, time spent experiencing the myriad of cultural and historical highlights in Edinburgh, Dublin or London, or attending the historic return of the 148th Open to Royal Portrush, our clients can all testify, that the attention to detail we employ in the planning and execution of their itineraries is second to none. 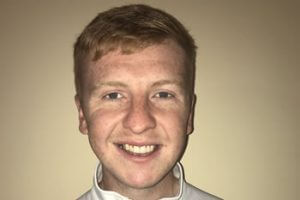 A keen single figure handicap golfer himself, Luke spent his youth on the links of Kirkistown Castle Golf Club in Northern Ireland where he quickly fell in love with the sport and began pursing a career in the golf tourism industry.

Having obtained experience in the travel & tourism sector through both work and education Luke used university as the perfect opportunity to combine his interests in the lecture theatre with his passion on the golf course spending time at the Trump International Golf Links in Aberdeen where he experienced first hand what our customers are looking for when they arrive at a property and the issues and challenges that sometimes arise. This has provided Luke with a unique customer service perspective that he puts to excellent use for the benefit of our travelling guests every day.

As an award winning digital marketer, Luke also oversees all of the Social and Digital Marketing Communications at The Consummate Pro. He has a unique understanding and knowledge of the golf tourism market and translates this across all of our digital channels on a weekly basis, so if you like what we do online, you can thank him when you see him!

Volunteered as an 18th

Supervisor at the 148th 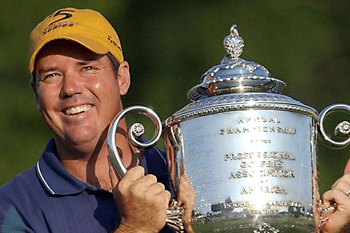 Richard Michael Beem was born in Phoenix, Arizona but raised in El Paso, Texas. ‘Beemer’ as he is universally known, played college golf at New Mexico State University before turning pro in 1994. His first PGA Tour victory happened at the 1999 Kemper Open and shortly thereafter he picked up his second at ‘The International’, at Castle Rock, Colorado. Two weeks after that win, Beemer fended off Tiger Woods down the stretch at Hazeltine National, to win the USPGA.
Rich competed most recently in the 2019 USPGA and as a 47-year old made the halfway cut at the incredibly challenging Bethpage Black, by shooting a back nine of 30 in the 2nd round to make the grade by one. In total, Rich has competed in thirty-six Major Championships over his career and he hopes to play a regular part in the Champions Tour from 2020 onwards.
In 2015 Rich joined Sky Sports in the UK as a commentator and golf analyst and has become one of the most popular and respected members of that team since. He resides in Austin, Texas with wife Sarah and their two teenage children and we are delighted to have him as part of the team at the Consummate Pro. Keep an eye on our Events page for updates on special events hosted by Rich over the weeks and months ahead.