"The links at Hoylake are some of the most demanding in the UK and despite its relatively flat profile, harking back to its racecourse days."

Located along part of what is regarded as the most exceptional stretch of golf links coast in England, Royal Liverpool Golf Club, also known as ‘Hoylake’ is a real gem and current member of The Open rota. Situated just 12miles west of Liverpool city center, it is part of a cluster of world-famous names such as Royal Birkdale, Hillside, Southport & Ainsdale and a little further north, across the Ribble Estuary, Royal Lytham & St. Anne’s. Founded in 1869, Royal Liverpool is the second oldest golf club in England after Westward Ho! in Devon and for the first seven years of its life it doubled as a horse racing track, organized and run by the Royal Liverpool Hunt Club. It’s original layout, was laid down by Robert Chambers and George Morris, the brother of Old Tom.

The links at Hoylake are some of the most demanding in the UK and despite its relatively flat profile, harking back to its racecourse days. The first is particularly quirky with the driving range out of bounds wall on the right making the hole resemble a racecourse turn. The second, however, is one of our favorite holes. At 387yards it is not overly long, and it possesses the only original 1869 green left on the course. The tee shot is played through a tunnel of rough which is to be avoided at all costs to a spot hopefully on the left side of the fairway, avoiding the pot bunkers. The green is well protected and falls away from the front to the back, so if the ground is fast, this can be an almost impossible one to hold.

The stretch of holes from 9 through to 12 are played along the Dee Estuary and are particularly scenic and tough. The wind seemingly comes at you from a variety of angles at these holes and can make scoring tough on a windy day. Of them, we love the signature par three 11th hole. Usually played directly into the prevailing wind, at 194 yards it can be very intimidating as the green looks like a sliver of grass in the distance, but is quite generous. Like most of the holes at Hoylake, an extra club is usually not a bad option as the trouble tends to be located towards the front of the greens, and in this case, the bunker front right is to be avoided at all costs. A par on this hole is a fantastic result and should be lifted out of the hole with sheer delighted and moved onwards to the next tee fast!

The 16th in regulation play becomes the 18th during the Open, and it’s not hard to see why. This superb 560yard, risk and reward par five has got everything you need in a closing hole of a Major Championship. The out of bounds wall comes back into play down the right side as two deep pot bunkers protect the left side leaving a narrow channel to find to enable you to have a go at the green in two. A lay-up short is not a bad play for the mere mortals out there as the putting green is very well protected. The clubhouse provides a great backdrop to the 16th, and you can perhaps picture how it might feel to lift the Claret Jug!

Royal Liverpool Golf Club is one of the most iconic golf courses in the world, and the Consummate Pro will be delighted to bring you to this stunning part of the English coastline to enjoy this world-class golf experience. Why not take a look at our Best of Southport & Liverpool Golf Experience here. 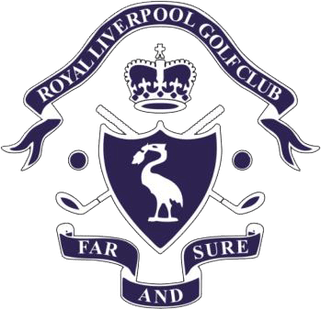 Founded in 1869, Royal Liverpool is the second oldest golf club in England after Westward Ho! in Devon and for the first seven years of its life it doubled as a horse racing track, organized and run by the Royal Liverpool Hunt Club. It’s original layout, was laid down by Robert Chambers and George Morris, the brother of Old Tom.