"Hillside Golf Club is often discussed as the best links course never to have hosted the Open Championship."

Adjacent to Royal Birkdale Golf Club on one of the finest stretches of links land anywhere in the UK, Hillside Golf Club is often discussed as the best links course never to have hosted the Open Championship, such is its quality. The back none holes at Hillside are usually the ones to get all the attention, and for a good reason, but the front nine is no slouch either. The club is thought to have been founded in 1911, but no early records are actually in existence, thought to have been lost in a fire many years later, though the ‘Portland Hotel’ is believed to be where it came to be. The club initially inhabited the ‘Blundell Golf Club’ which itself had relocated to Ainsdale further along the coast but ceased to be by the early 1930s. As the game grew and the area around the club began to see housing development, it was felt that a move to the opposite side of the tracks, closer to Royal Birkdale was the preferred option and so in 1923 a 21-year lease was agreed, and the movement came to fruition.

Who laid out the extended course is not known, but the eminent golf architect Fred Hawtree was called upon in 1957 to redevelop Hillside. The work involved the surrender of four holes to Southport Corporation in exchange for land between Hillside and Birkdale which uniquely, was financed by the sale of almost 200,000 tons of sand taken from the newly acquired property. Hawtree redeveloped the first nine holes and the new eighteen opened in 1967. Only four original holes remain today from the 1923 version. Since that particular overhaul, Hillside has gone on to host a series of amateur and professional tournaments including the 1982 PGA Championship (Tony Jacklin defeated Bernhard Langer), Final Open Qualifying and in 2019 the British Masters.

The opening stretch of holes at Hillside is dominated by the railway line that runs down the left side of the 1st, 2nd and 5th. The latter of these is a fabulous hole. This 562yard par 5 presents the golfer with as fierce a tee shot as you will get. A burn runs down the left side, and three fairway bunkers are strategically positioned in your landing zone and must be avoided. Anything pulled left is going to find the railway line and anything in the opposite direction the thick rough. Three greenside bunkers complete the challenge on this hole which could, if not afforded due respect, be an absolute card wrecker!
One of the most picturesque holes on the course is the short 7th. A copse of trees frames this relatively sizeable green, but the front bunkers are to be avoided at all cost.

Once you move into the back nine, the fun begins at Hillside. The 11th is a superb par 5, and if played into the wind can be a brute of a hole, measuring over 500yards. Don’t let the stunning views distract you as this is all about ball placement and the hole narrows gently to the green. A par five here is a good score any day. The Pro’s favorite hole is unquestionably the 419yard, par 4, 14th. There is a stunning view from the back tee box towards the Lake District to the North, the Irish Sea to the West and the mountains of Snowdonia to the south, but again, don’t get distracted. The partially blind tee shot needs to favour the left side of the fairway to have a good view of the green, and from there it is bunker avoidance tactics!

Hillside is one of the most memorable golf courses that you will play not only in England but throughout the UK & Ireland, and it probably doesn’t get the recognition that it deserves. With one of the most iconic golf courses in the world immediately next door, there is little wonder that Hillside is somewhat overshadowed. We at the Consummate Pro highly recommend that you make a visit and we will be delighted to bring you to this beautiful part of the English coastline to enjoy a world-class golf experience alongside the likes of Royal Birkdale, Royal Liverpool, and others. Take a look at how a trip to this part of England might look like with our Best of Southport and Liverpool Experience. 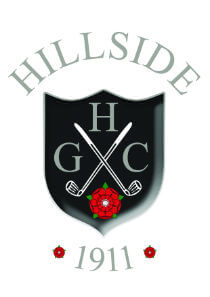 Who laid out the extended course is not known, but the eminent golf architect Fred Hawtree was called upon in 1957 to redevelop Hillside. The work involved the surrender of four holes to Southport Corporation in exchange for land between Hillside and Birkdale which uniquely, was financed by the sale of almost 200,000 tons of sand taken from the newly acquired property.