"The Montgomerie Golf Course is often described as golf at its purest."

The 1,100acre private parkland estate has a little something for everyone and is often recognized as one of the best golf hotels and resorts in Ireland. The original house dated back to the 17th century and was formerly the ancestral home of the Fitzgerald’s, Earls of Kildare, creating a powerful and robust historical backdrop to the property.

Carton is home to a luxurious hotel, a relaxing spa and leisure suite and two of Ireland’s best championship golf courses – the O’Meara, which opened for play in 2002 and the Montgomerie, which began the year after. Both offer contrasting styles: The O’Meara is parkland-like, and the Montgomerie is links-like. The Montgomerie is arguably the better of the two but is also considered the tougher course to play because of its penal bunkers and small greens.

The Montgomerie Golf Course is often described as golf at its purest. The golf course is a Par 72, 7,301yard course that pays tribute to the traditions of the game and sets a real challenge for all players. Designed by 2010 Ryder Cup-winning captain Colin Montgomerie, you can enjoy sweeping fairways, cavernous bunkers, and impeccable greens. The course has played host to 2005, 2006 and 2013 Irish Opens.

The facilities are world class and include an extensive driving range, golf shop, and the social atmosphere of Carton House Golf Clubhouse. The Clubhouse was originally the main stable block of Carton House which has been cleverly remodeled offering a beautiful contrast of the old and the new with stunning bar and restaurant facilities.

There is no doubt that this is a very intelligent golf course with the strategically placed pot bunkers which are no less severe on the fairways as they are around the greens. With these strategic hazards, you must think about every shot. If you are looking for a course with an interesting layout that encompasses dune-like surrounds, swaying fescue grass, deep bunkers, and challenging greens, then the modern look and feel of the Montgomerie Course at Carton House is for you. 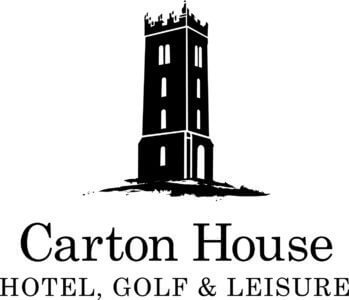 The original house dated back to the 17th century and was formerly the ancestral home of the Fitzgerald’s, Earls of Kildare, creating a powerful and robust historical backdrop to the property