"The Walton Heath club is one of the most significant in the heritage of the game in England."

Located due south of the city of London, just inside the M25 motorway, the Walton Heath club is one of the most significant in the heritage of the game in England. Founded in 1903, its first Captain was His Royal Highness the Prince of Wales, appointed in 1935. The clubs first Professional was none other than James Braid who took up the post in 1904 and Walton Heath could count amongst its membership several Prime Ministers of Great Britain including Sir Winston Churchill, Lloyd George, and A. J Balfour. Walton Heath was a past host of the Ryder Cup in 1981, the British Seniors Open in 2011, British Masters in 2018 and countless European Opens in the 1970s and ’80s. It has also notably been the home of Sectional Qualifying for the U.S Open since 2005. That year, the qualifier was New Zealand’s Michael Campbell who went on to win at Pinehurst. Since the inception of the World Top 100 Courses in 1938, Walton Heath has never left the list.

There are thirty-six magnificent golf holes at Walton Heath divided evenly between the Old and New Courses. Stunning heathland, with fabulous purple heather, dominates the landscape through much of the year, giving the courses the most fantastic appearance. The Old and the New Course was designed by eminent architect Herbert Fowler who liked to test a golfer’s full repertoire of shot-making skills. There is an almost links-like feel to Walton Heath and the bump and run is a shot well worth having in your armory. The fairways are traditionally hard and fast running, and most of the camber in a specific direction meaning it is vital to hit your ball to the appropriate half for the best results. Driving accuracy is key to success at Walton Heath. The greens are large, true and usually fast. The rough, or the heather, can be brutal and is best avoided at all costs.

As for the golf courses, the Pro’s favorite of them all is the 16th hole on the Old Course. At 535yards, it is a real three shot par five for most mortals. A long straight drive between the bunkers is necessary to have any chance of getting a par on this hole and therefore the heather also needs to be avoided left and right. If victorious, the 2nd is played to a reasonably large green that sits like a crown on top of a bank. A deep bunker protects the right of the green cut into the hill which can swallow up shots that run out in that direction and to the left. Heather runs right up to the fringes of the green on the left, making it extremely difficult to get up and down from that side either, so accuracy is essential.

A round at Walton Heath is not to be missed when visiting this part of Greater London as it is one of the classic heathland experiences. An incredibly friendly and welcoming club, Walton Heath offers Consummate Pro guests a fabulous golf experience, and we would highly encourage you to include it on any itinerary. 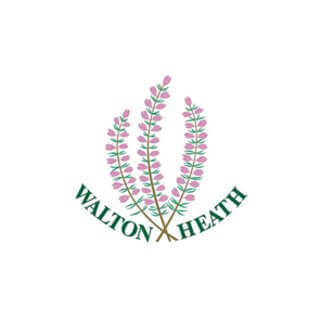 Walton Heath could count amongst its membership several Prime Ministers of Great Britain including Sir Winston Churchill, Lloyd George, and A. J Balfour.