"Tralee Golf Club offers some of the most spectacular scenery of any course in Ireland."

Founded in 1896, Tralee Golf Club was initially located much closer to the town before a year later it moved to Fenit, south of its current location. In 1980, the club members purchased the land at Barrow, it’s present location and in a significant coup acquired the services of the legendary Arnold Palmer to design Tralee golf links, which opened its doors for play in 1984. The site and surrounds of the course have a fascinating and chequered history attached to them. The beach to the rear of the 1st hole played host to the Oscar Winner’ Ryan’s Daughter’, the stretch of beach to the north of the 15th, known as Banna Strand was where Irish Republican, Roger Casement, landed in a U-boat in 1916 attempting to import arms into Ireland for the rebellion. He was captured, sent to London for trial and subsequently executed.

Arnold Palmer and design partner Ed Seay were given a beautiful piece of links land to work with. Rolling hills, dramatic cliffs, and towering dunes presented Palmer and Seay with a fabulous canvas with which to work, and the course is reflective of the flamboyant way in which Palmer himself played the game. This is typified by the Par 5 second hole, one of the best of its kind in Ireland in our opinion. At 596yards from the tips, it is an enormous challenge if the breeze gets up. A tight dogleg right approached from a narrow channel of the fairway to a somewhat sheltered green that seems never to get any closer. Then there are two of the best Par three holes that you will find anywhere in the UK & Ireland, the short 13th called “Brock’s Hollow” and the brutally tricky 16th, aptly named “Shipwrecked.”

At a mere 152yards from the medal tees, the 13th would appear a straightforward par on the card. However, a complete uphill carry across the Irish version of the Grand Canyon to a green running across your eye-line from left to right is not for the faint-hearted! The vast dunes that surround the back of the green are the only rest bite offered. In contrast, at 199yards played along a precipice and into the prevailing wind, any shot not hit with unerring accuracy into the 16th will perish akin to the boats of the Spanish Armada in 1588 that lies in a watery grave off the nearby coast.

Tralee Golf Club offers some of the most spectacular scenery of any course in Ireland, and the golfing challenge is comparable. Arnold Palmer did a simply tremendous job with this piece of land, providing the members and visitors to Tralee Golf Club with a stunning links golf course to savor and enjoy for years to come. 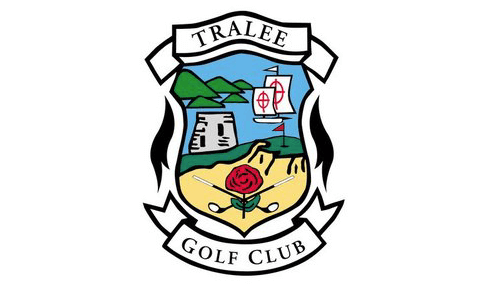 In 1980, the club members purchased the land at Barrow, it’s present location and in a significant coup acquired the services of the legendary Arnold Palmer to design Tralee golf links, which opened its doors for play in 1984. The site and surrounds of the course have a fascinating and chequered history attached to them.