"it is renowned for offering pristine fast-running greens, immaculately cut fairways and tees treated like greens."

Located in West London, in the suburb of Ascot and surrounded by famous neighbors such as Sunningdale and Wentworth, the Berkshire is only 20-miles from Central London and close to London Heathrow Airport. The Berkshire Golf Club is a traditional private member’s club and is home to two wooded heathland courses, the Red Course and the Blue Course.

The Red Course we regard as the slightly better of the two courses and sits on higher ground, but both are of an excellent standard. It is believed the Red and Blue courses come from opposing armies that were upon the land when the land was used as military training grounds back at the start of the Century.

The Red Course was founded in 1928, and designed by Herbert Fowler; this course remains very much the same as its original design, a true testament to the architect. The pine and heather lined course blends seamlessly into its natural surroundings and is very well balanced and almost picture perfect. The course has an exciting set up of holes with six par 3s, six par 4s and six par 5s it is renowned for offering pristine fast-running greens, immaculately cut fairways and tees treated like greens.

The par four, 6th hole is widely considered to be one of most iconic holes on the Red Course, and was selected for the book “The 500 World’s Greatest Golf Holes”. At 360 yards, it is not a long par four, but the shape of the pronounced dog-leg means that absolute precision is required from the tee. The cleverly contoured topography and well-guarded green is an example of Fowler’s masterful design. Offering dramatic elevation changes between tees and fairways and thick heather surrounds the golf course to punish any offline shots, the Red is a stern test of shot-making.

The club is proud to annually host The Berkshire Trophy, one of the UK’s major amateur competitions which boasts past winners such as Sandy Lyle and Ross Fisher. The Clubhouse provides a stunning setting and offers excellent hospitality, a great lunch, and delicious beverages in the most stunning tranquil setting. 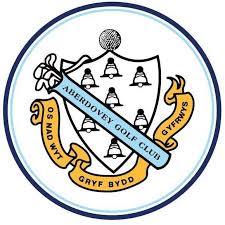 The par four, 6th hole is widely considered to be one of most iconic holes on the Red Course, and was selected for the book “The 500 World’s Greatest Golf Holes”.