Adjacent to Royal Birkdale and Hillside Golf Clubs, with only the railway line separating them, Southport & Ainsdale Golf Club is yet another fabulous English links golf course of note. Founded in 1906 and known for the first six months of its existence as the Grosvenor Golf Club, it began life as a rudimentary 9-hole course but rapidly grew in popularity. Laid out by then Lytham Professional, George Lowe, the route extended to 5,400 yards in length in 1907 and had continued to 6,350yards by 1923 due to the purchase of land and relocation of the clubhouse. That redevelopment was all at the hands of the legendary James Braid, and Southport & Ainsdale is recognized as one of his absolute masterpieces.

Southport & Ainsdale has long been regarded for its quality and has hosted many professional tournaments down the years, including two Ryder Cup matches in the 1930s. It was the course where Jack Nicklaus played his first ever tournament on British soil in 1962 and where Arnold Palmer played in the 1965 ‘Nine Nations’ tournament. A strong advocate for the amateur game, S&A (as it is more affectionately known) has hosted the R&A Amateur and Boys Amateur Championships as well as the Ladies British Open Qualifying and has been a Final Qualifying course for The Open Championship on ten different occasions. Southport & Ainsdale is a fervent supporter of the amateur game in England.

The golf course is a classic James Braid. Set amongst the heather and dunes, Braid managed his way around the dunes in two loops of nine, but not in the traditional out and back fashion. Reflective of its age, there are several blind tee shots and approaches to greens to be negotiated, but nothing to detract from the enjoyment. The signature hole on S&A is unquestionably the 16th. At 506yards in length and usually played into the prevailing breeze, this hole, called “Gumbley’s” can be a monster. The name hails from the fairway bunker which is to avoided at all costs if any score is to be recorded. Despite this being recognized as the signature hole on the course, we favor the short par three 8th hole. Played to the most elevated and Braid-like green on the course, it is devoid of bunkers, simply because this green doesn’t need the protection of any! A mere 153yards from the tips, the challenge here is to hold the putting surface in the standard cross-wind. Do that, and a birdie might be on the cards.

Southport & Ainsdale is one of the most challenging golf courses that you will play not only in England but throughout the UK & Ireland. With one of the most iconic golf courses in the world immediately next door, there is little wonder that it is somewhat overshadowed. We at the Consummate Pro highly recommend that you make a visit and we will be delighted to bring you to this stunning part of the English coastline to enjoy a world-class golf experience alongside the likes of Royal Birkdale, Royal Liverpool, Hillside and others. 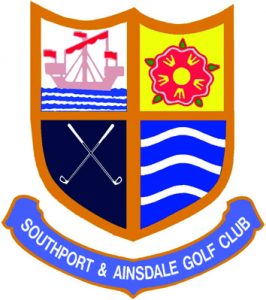 Southport & Ainsdale has long been regarded for its quality and has hosted many professional tournaments down the years, including two Ryder Cup matches in the 1930s. It was the course where Jack Nicklaus played his first ever tournament on British soil in 1962 and where Arnold Palmer played in the 1965 ‘Nine Nations’ tournament.