"the par-five 3rd is a stunning hole which is a masterpiece of nature."

Located just three miles south of Royal St. George’s Golf Club, Cinque Ports or often referred to as ‘Deal’ can be found at the edge of the town of the same name in Kent. Originally known as the ‘Sandhills Golf Club,’ it officially came into being in February 1892. The name derives from the word five (Cinque in French with an Italian derivative), that relates to the five ports on the south coast that provided ships for the King – Hastings, Romney, Hythe, Dover, and Sandwich. One of the highlights of Royal Cinque Ports is the fact that so many of the original greens remain in existence today, albeit played as different holes. James Braid was called upon after the First World War to redesign part of the course and then after the Second World War, Campbell & Cotton restored the course to practically the one laid down by Hunter & Braid.

Royal Cinque Ports was an early participant on the Open Championship rota. In fact, by 1906, only five golf courses were noted, with Hoylake, Muirfield and Royal St. George’s supplementing St. Andrews and Prestwick. The leading candidates to redress the balance between Scottish and English courses were Deal and Westward Ho! with the former getting the nod it is thought, based on it being the longer course. It was awarded host in 1909 and again 1915, however, the latter never happened due to the war. It was awarded its second Open in 1920 and should still have hosted in 1938 and 1949 but for a bizarre coincidence. The course was flooded on both occasions by high tide and strong winds. This, however, strangely prevented the same individual, Henry Cotton, from defending his title.

After two reasonably straightforward opening holes, the par-five 3rd is a stunning hole which is a masterpiece of nature. Played out along the sea wall, this 510yard par five demands good shot and club choices to be made. A sound three-shot hole for the average golfer, it takes some nerve to try to reach this putting surface in two blows even though there are no greenside bunkers to worry about. A classic hole that will live long in the memory.

The par 4, 6th is one of the Pro’s favorite holes. The ultimate risk and reward hole, at 321yards from the medals tees it could be worth taking on for the longer hitters. A bunkerless hole, a mid to long iron finding the fairways will leave a reasonably short iron to the green, but where would be the fun in that! It is not, however on the same level as the magnificent 16th. Described as one of the best 18 holes in England, at just under 500yards, it is a stern test of shot-making. Your drive needs to carry the two cross bunkers at the start of the fairway to open up any possibility of going at the green. The fairway is extremely narrow, and anything finding the longer grass will struggle to make par. The green on the 16th is probably one of the most natural of any putting surfaces we have ever played on or seen. A par on this hole is an achievement in its own right a classic links hole.

Royal Cinque Ports is one of the most iconic golf courses in the world, and the Consummate Pro will be delighted to bring you to this beautiful part of the English coastline to enjoy what can only be described as a world-class golf experience. 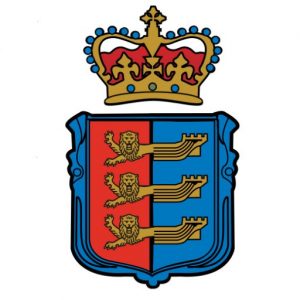 Originally known as the ‘Sandhills Golf Club,’ it officially came into being in February 1892. The name derives from the word five (Cinque in French with an Italian derivative), that relates to the five ports on the south coast that provided ships for the King – Hastings, Romney, Hythe, Dover, and Sandwich.