"A dogleg Par four that requires a precise tee shot to open up the second into a fabulous amphitheater green is, in our opinion, one of the best holes in Ireland."

County Sligo Golf Club at Rosses Point is one of the most respected links courses in Ireland. Situated in the shadow of the dark and imposing Benbulben Mountain on one side, and the Atlantic Ocean on the other, the reputation of Rosses Point is enduring. Located just six miles outside of the town of Sligo, Rosses Point has been the permanent home of the West of Ireland Amateur Championships since 1923, recognized as the first “Major” of the amateur season in Ireland. Past winners of the event have included Padraig Harrington, Shane Lowry and Rory McIlroy who lifted the title in 2005 as a 15-year-old and then repeated the feat the following year in 2006. Rosses Point has consistently ranked in the top ten courses in Ireland and the top fifty in the UK & Ireland annually.

County Sligo (Rosses Point) was founded in 1894 when Henry Middleton, the uncle of the world-famous poet W. B Yeats, leased the land for the course which was in turn designed by George Coombe. However, it wasn’t until the arrival of the equally famous Harry Colt in 1927 when the course took shape. One of the most distinguishing features of County Sligo is its bunkers. Designed by Colt’s assistant, Charles Hugh Alison who was affectionately known as ‘Humps and Bumps’ for his pre-disposal to included severe undulations in the putting surfaces, he was also renowned for the intelligent positioning and nature of his bunkering. In 2015, Irish designer Pat Ruddy was brought back to the club, after having completed a redesign in the early ‘noughties’ to refresh many of Alison’s original traps.

County Sligo (Rosses Point) may not possess the towering dunes of many of its peers on the west coast, but what it lacks in aesthetics, it makes up for by challenging your shot-making skills. There are subtle undulations all over Rosses Point that can easily cost a golfer several strokes, many of which are greenside. As always in Ireland, the prevailing wind, and the strength thereof will play an essential part in your success or otherwise on the links. The first couple of holes typifies this at County Sligo Golf Club. The first is a straightforward Par four, slightly uphill for the second into a well-protected green, but the wind can turn this quickly into a theoretical Par five. Similarly, the 2nd hole, which only measures 304yards, all of which is uphill, can play a shot more depending on that breeze. The third should give you some rest bite, although the putting surface on this typically downwind Par three can be challenging to hold, but the views from this tee box and the 2nd green are spectacular.

The 5th hole is a long Par five that drops down into the basin of the golf course where you remain for all but the last hole and half. Here the challenge alters. Several streams come into play on six of the next ten holes that adds a further layer of difficulty, in particular for club selection. Furthermore, with most of those holes running in a different direction from the next, the wind will also play an inevitable part in all decisions, so you can quickly see how Rosses Point is very much for the golfer that can plot their way strategically around the links. The finishing holes, from fifteen home, are among the strongest on the golf course. A long accurate driver over a foreboding dune complex from the 15th tee requires a lot of skill or faces an almost immediate dropped shot, but the pick of them all is the seventeenth. A dogleg Par four that requires a precise tee shot to open up the second into a fabulous amphitheater green is, in our opinion, one of the best holes in Ireland and worthy of a golf vacation to Ireland all on its own. Why not take a look at our North-West Ireland Swing to see how County Sligo fits in to a tour. 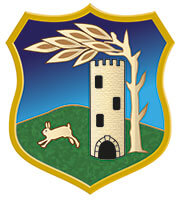 Rosses Point has been the permanent home of the West of Ireland Amateur Championships since 1923, recognized as the first “Major” of the amateur season in Ireland. Past winners of the event have included Padraig Harrington, Shane Lowry and Rory McIlroy who lifted the title in 2005 as a 15-year-old and then repeated the feat the following year in 2006.