"The Renaissance is not for the faint-hearted."

The Renaissance Club is a relatively new kid on the East Lothian Coast. Situated on three hundred acres of the Archerfield estate immediately adjacent to Muirfield, and with Archerfield Links and North Berwick within a stone’s throw, it is at the heart of one of the most impressive pieces of links coastline in the world. Owned by the Duke of Hamilton, the land on which the Renaissance Club has been built has been leased from his trust for a period of ninety-nine years on the premise that a portion of the funds raised from the golf course will be reinvested in, amongst other things the 17th century Manor House. The purchasers, an American family, led by Jerry Sarvadi, left Ponte Vedra Florida to take up residence in nearby North Berwick to see the project come to fruition.

The golf course is the vision of designer Tom Doak, and it was his first project in Scotland. Doak was specifically chosen for the role due to his design ethos, of limiting the use of mechanical earth moving equipment and using only the natural lie of the land to shape his golf holes. Doak was true to his word, relying on the original sandy links terrain and landscape to influence his design. Unusually for a true links, there are a significant number of trees on the golf course, but these were ultimately left in situ to maintain the integrity of the site Doak inherited.

The Renaissance is not for the faint-hearted at over 7,400yards from the Championship tees, but with a range of tee boxes from 5,500yards, there is plenty of scope for visitors and members alike to play the golf course in a way that best suits their game, something that Doak is passionate about. The course is challenging; even if it lacks some sense of the hard and fast traditional tracks, this doesn’t denigrate the experience.

Doak returned in 2011 to create three new seaside holes to his original layout as the owners felt that by not utilizing the coastline, it was holding them back from attracting bigger tournaments and a higher ranking. The new 9th, 10th, and 11th holes are now widely considered to be highlights at the Renaissance Club, with a particular favorite of the Pro, being the dogleg par four 10th. Played alongside the Firth of Forth, your decision is how much of the bay you wish to the cut-off for the shortest route to the green; play safe, and the long grass on the right of the fairway will catch any ball hit too far that direction. The green on the 10th is tough to hold – the approach to the putting surface falls off from right to left, sending anything short in the direction of the Firth – making this one of the best holes on the golf course by a stretch.

The Renaissance Club is well worth a visit if you are playing other links courses on the East Lothian coast. Why not let the Consummate Pro organize your golf vacation to Scotland, and you too can be experiencing what it feels like to play some of the world’s best links golf. 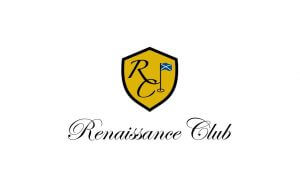 Unusually for a true links, there are a significant number of trees on the golf course, but these were ultimately left in situ to maintain the integrity of the site Doak inherited.