"The World’s Most Natural Course."

The town of Machrihanish is situated at the southern tip of the Mull of Kintyre on the rugged southwest coast of Scotland. From here, the tip of Northern Ireland is a mere twelve miles away as the crow flies. “Mach Dunes” sits adjacent to the 130year Old Tom Morris designed Machrihanish Golf Club, and in many ways, you could argue that he had a more leisurely ride in terms of getting his designs approved than David McLay Kidd had. The latter was determined to find a piece of land where he could design something that embraced the roots of the game, and at Mach Dunes, he found it. He returned to an area that he knew well from his childhood, Machrihanish. A site of “special scientific interest,” the highest classification afforded to a piece of land by Scottish National Heritage, this wasn’t going to be straightforward, but McLay Kidd accepted the challenge.

Out of a total of 275acres of land, he was permitted to disturb seven. Yes, seven. The only earth moved was for tees and greens, and these were in turn formulated by hand. Bunkers were not cut from the ground, merely allowed to develop from the hollows and undulations of the lands as they were discovered. McLay Kidd made several dozen plans and submitted them before the SNH accepted one. Furthermore, no ‘artificial’ interventions were allowed to the land; no topdressing, fertilizers, pesticides, or watering of the fairways, which were mown from what was there, not reseeded. There is no drainage other than the ground itself, and one or two pop-ups were allowed for limited irrigation. Some greens were re-turfed, but none were built from scratch. Greens and tee boxes will remain hand mown, but the job of rough management is in the hands of 80 or so sheep in the off-season. If ever there was a template for eco-friendly, sustainable golf, this must surely be it. This is raw, natural links golf. Mach Dunes wasn’t designed or constructed; it was uncovered in the most sympathetic way possible.

Situated on the edge of the Atlantic Ocean, it is difficult at times on Machrihanish Dunes to stay focused on golf, so beautiful are the surroundings. There are several holes on Machrihanish that stand out for the Pro. The short 4th at just over 300yards is a superb hole, where the green, resembling something you’d sooner see in a skate park than a golf course, proves that McLay Kidd left this land how he found it! The next, the par three 5th at 165yards is a beautiful golf hole. Your eye is drawn away from the pin to the dunes, hills and Atlantic Ocean in the distance that frame this hole. Two bunkers positioned front right, are to be avoided at all costs where a shot played to the right side of the green should feed towards the middle of the green, depending on how the breeze is blowing. The 3rd at 592yards, 8th at 620yards and the 16th at 555yards make Mach Dunes a brutal test at times, but none the less enjoyable. Were it not for modern ranking stipulations, Machrihanish Dunes would be considerably higher in the world than it will ever sit.

The village, the golf course and the almost romantic nature of the surrounding area, make a trip to Machrihanish a must-do for any golf enthusiast. The adjacent Ugadale Hotel and Ugadale Cottages and the Royal Hotel in Campbelltown just five miles away from the town are all the perfect resting spots. Let the Consummate Pro take you there – one of golf’s few remaining pilgrimages, and the perfect golf vacation in Scotland for the links enthusiast. 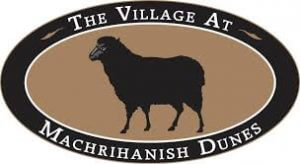 Out of a total of 275acres of land, he was permitted to disturb seven. Yes, seven. The only earth moved was for tees and greens, and these were in turn formulated by hand. Bunkers were not cut from the ground, merely allowed to develop from the hollows and undulations of the lands as they were discovered.