"Hesketh is a throwback to the origins of the game."

A mere 4mile drive along the A565 from Royal Birkdale, lies the oldest recorded club in the Southport area, Hesketh Golf Club. The original course was laid out by the son of Old Tom Morris, James Ogilvy Fairlie, or J. O. F. Morris for short, in 1885. However, they were forced to move a short distance inland from where the club currently resides, 1892 (the course was known as the New Inn Links) as it appears that an issue with squatters had arisen. The club then known as Southport Golf Club acquired land at Moss Lane in Hesketh and opened an 18-hole course. That course was laid out by the club professional George Strath, but it didn’t survive for long as the original was reconstituted in 1902 when the issue of the temporary occupants was resolved. The landlord did, however, make several attempts to sell the land between 1902 and the mid-1930s until Southport Corporation bought the club and extended a 99-year lease to them which was extended by 900 years shortly after that.

Hesketh has been host to many a professional and amateur tournament down the years and was chosen as an Open Championship Final Qualifying venue in 1971. It has since gone on to fulfill this role five times. Most recently it was the co-host to the 88th English Amateur Championships with Hillside and back in 2008 had the pleasure of hosting the World Junior Open where Jordan Speith was the runner up to Moriya Jutanugarn of Malaysia.

Hesketh is an exciting blend of a golf course. The holes around the clubhouse and on the closing stretch, are undoubtedly original and form what is a strong finish to the course. The western side of the golf course, especially the 6th and 7th that borders the local nature reserve, doesn’t have the same unique links feel about them but they are no less challenging. The Pro’s favorite run of holes comes at the 14th, 15th and 16th. The key word at the par 4, 14th hole is accuracy. It’s only 392yards from the back tees, but with a road acting as out of bounds to the right and the clubhouse forming another to the left, the tee shot must split the fairway. From there, three pot bunkers will catch your eye approximately 60yards short, and these need to be carried to have any chance at par. The fairway narrows considerably towards the green, and the pot bunker to the front right should be avoided at all costs!

The 15th is another relatively short par four at 382yards but is the only blind tee shot on the course, where the steeple of the church in the distance forms a good line to take. Once negotiated, the fairway dog-legs slightly to the right, but the target visually narrows to the pin where the dunes to the left force you more to the right, where a bunker awaits. This is a great hole, where patience will be rewarded.

The 16th is probably the stand-out hole on the golf course. This 187yard par three is usually played into the prevailing breeze adding to the complexity. Protected by five bunkers, some heavy rough and mounds to the left and back right as well as an out of bounds roadway, a three here is a good score.

Hesketh is a throwback to the origins of the game and one not to be missed when in this part of the northeast of England. Combine it with Royal Birkdale, Royal Liverpool, Formby, Hillside and Southport & Ainsdale to have a fabulous experience in this part of the country. At the Consummate Pro, we highly recommend that you make a visit and we will be delighted to bring you to this beautiful part of the English coastline to enjoy a world-class golf experience. Take a look at our golf tour of the area here. 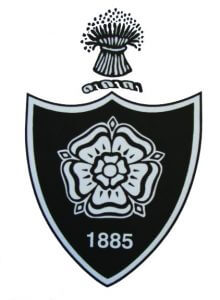 Hesketh has been host to many a professional and amateur tournament down the years and was chosen as an Open Championship Final Qualifying venue in 1971. It has since gone on to fulfill this role five times. Most recently it was the co-host to the 88th English Amateur Championships with Hillside and back in 2008 had the pleasure of hosting the World Junior Open where Jordan Speith was the runner up to Moriya Jutanugarn of Malaysia.