"Ganton Golf Club is yet another unmissable round for any fan history and course design."

Founded in 1891, Ganton Golf Club is located in the north east of England on the edge of the Yorkshire Moors, just ten miles away from the market town of Scarborough. The course owed a lot of its early development to the railways as the Ganton Halt was a mere ¼ mile from the course and clubhouse. This position and the existence of the railway opened up Ganton to the populated east towards the coast and also the West Yorkshire Dales. The legendary Harry Vardon was Head Professional at Ganton (1896-1903) during three of his Open Championship wins and contributed to what was an almost continuous course development and design phase between the early 1900s and 1950s. Gorse planting in the 1930’s giving the course much of its look and feel today added, at the time to match the look and feel of many of the great courses in England.

The quality of Ganton is evident in the championships that it has hosted. From its earliest days, it has hosted some of the world’s most prestigious tournaments including the Ryder Cup in 1949, the Curtis Cup in 2000 and the Walker Cup in 2003. In doing so, Ganton is only one of four courses to have hosted this triumvirate of competitions. Gary Player described Ganton as perhaps the only inland golf course worthy of hosting an Open Championship – high praise indeed. The course was developed on a sandy inlet and as such plays like a mix of links and heathland with fast running fairways and the excellent drainage producing tight lies. Some of the bunkering at Ganton merely is cavernous, with the green side traps at the 14th and the 16th being prime examples and should be avoided at all costs.

The 14th as mentioned above is The Pro’s favorite hole on the golf course. It may only be 280 yards from the Championship tees, but there is significant danger lying in wait on this hole. A deep cross bunker lies in wait for those attempting to go for the green at about 250yards, making this an inevitable two-shot play for the majority of golfers. Find it, however, and you will struggle to make par due to its depth and severity. Three further bunkers protect the green, each one biting into the putting surface and creating natural run-off’s around the putting surface that adds to the complexity of the approach shot. Again, these sand traps are devilishly deep and can cause bogey at the blink of an eye. A fabulous ‘short’ hole that requires focus and accuracy.

Ganton is one of the few remaining clubs in the world that offer Dormy House accommodation. The Consummate Pro highly recommends that guests consider availing of staying at the course to get the full experience and also using Ganton as a base to experience what the rest of Yorkshire has to offer. Ganton Golf Club is yet another unmissable round for any fan history and course design. The Consummate Pro highly recommends that you make a visit and play this great course when in this part of England. 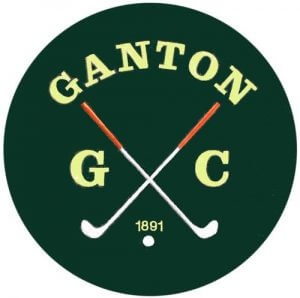 Ganton is one of the few remaining clubs in the world that offer Dormy House accommodation.