"Arguably one of the oldest golf links in the world."

Elie Golf Club, or The Golf House Club as it is better known locally, is arguably one of the oldest golf links in the world. The first mention of play there dates back to the 1770s. The Club House began construction in 1875 for the sum of £1,000 and finished two years later. Several clubs have playing rights on the links. These include the Earlsferry Thistle Golf Club and the Elie and Earlsferry Ladies Golf Club formed in 1875 and 1884 respectively, though at that stage the land upon which the course lay, was owned by a variety of landlords. It was only in 1974 that the club eventually managed to secure the property for themselves.

Elie and Earlsferry’s most famous son is the golfer and later designer, James Braid. Despite influencing over 200 courses around the world including some of the most famous links in the world, Braid never laid a hand upon Elie, according to the records, despite winning his first ever tournament, aged eight, over the Elie links. The design influences at the Golf House Club are little recorded in fact, though it is widely accepted that Old Tom Morris had the most significant impact on the course. One of the most striking things, when you arrive at Elie, is not immediately the links itself, but its starters hut, specifically the 10meter high periscope that protrudes from the roof. Salvaged from HMS Excalibur in 1966 by a member, the periscope took up residence in the new starter hut in 2014 and provides an excellent panoramic view of the surrounding area, but most usefully, a view of when players have moved out of range over the hill at the first hole!

The course presents a fabulous mix of holes and challenges every facet of shot-making. It’s not a long golf course, but it requires your attention at all times. Many of the fairways resemble rollercoasters, with that beautiful links terrain prevalent on every hole. There are numerous locations where the internal out of bounds need to be avoided, and many of the greens have very subtle run-off’s, making finding the putting surface paramount. A favorite of the Pro is the short Par four, 7th hole called “Peggie’s.” A drivable hole of only 252 yards, especially with the prevailing wind from behind, but with some very strategically placed bunkers and unpredictable links bounces, it is never as straightforward as it seems. The finishing hole at Elie also presents an excellent finish to your round. This 359yard Par four has out of bounds on the right, and again behind and to the left of the green. The tee shot is played to a sliver of a fairway, flanked by two pot-bunkers at about 200yards with the green likewise protected 50yards short. Not the hole to switch off on, with the clubhouse in sight. 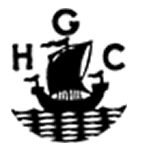 Elie and Earlsferry’s most famous son is the golfer and later designer, James Braid. Despite influencing over 200 courses around the world including some of the most famous links in the world, Braid never laid a hand upon Elie, according to the records, despite winning his first ever tournament, aged eight, over the Elie links.