"Super traditional links course that is full of genuine fun golf holes, this is one round that should certainly not be overlooked."

Dunbar Golf Club can be found at the east end of the Lothian Coast of Golf about a 45-minute drive from Edinburgh. As a club, it has hosted many professional and amateur tournaments over the years, but most notably it has been an Open Championship Final Qualifying venue on four separate occasions in 1988, 1992, 2002 and 2014

Despite golf being recorded in the area more than 400 years ago, and a golfing organization called the “Dunbar Golfing Society” existing since 1794, Dunbar Golf Club wasn’t formed until 1856 when six local gentlemen hired the Town Hall and recorded the clubs first minutes. Known as the Broxmouth Links or the East Links, there was no officially registered architect, as the ground was cleared for golf, but fifteen holes were created. A second course was laid out in 1880 and the third, in 1894, was partially redesigned by Old Tom Morris. Additional land was acquired in 1905, increasing the yardage to 5,740yards and by 1922, James Braid and Ben Sayers laid down the course that is mostly played today of 6,425yards. That was subsequently extended in 2008 to 6,597yards.

Dunbar offers an excellent opening stretch of holes including back-to-back par fives on No.1 & 2 and the superb downhill par three 3rd hole to test your skill. The 4th hole is, however, where the fun begins, with the sea and out of bounds coming into play for the first time on this reasonably short par 4, aptly named “Shore.” The 6th & 7th are short par four holes, but the threat of water is replaced by a boundary wall and out of bounds; significant risk and reward holes. The 12th is arguably the most challenging hole on the course. A semi-blind drive must be played at the marker post in the fairway to avoid the sea on your right, which will subsequently demand an accurate long second to a green tucked beside the water edge. The 14th is Dunbar Golf Clubs signature hole with the Bass Rock off in the distance and the old Boathouse in the foreground framing this hole beautifully. Two well-placed bunkers on the left side of the fairway will tempt the longer hitters to carry them, but the prevailing wind may well make that decision for you.

The 16th hole is a classic links par three, called “Narrows,” as it is tucked away in the corner of the golf course with the out of bounds wall meeting the green from the left and the sea wall meeting it from the right. At only 163yards it is not the longest hole, but club selection is paramount. A pathway runs in front of the wall that can produce some interesting bounces and shot situations reminiscent of the Road Hole at the Old Course. The 17th provides no rest bite either despite its mere 388yards. Deep fairway bunkers both left and right require accuracy from the tee and the burn that runs across the front of the green must be carried, and greenside traps avoided to have any chance of a par; a fabulous short hole.

Dunbar is a super traditional links course that is full of genuine fun golf holes, and while its more illustrious neighbors in Muirfield, North Berwick and Gullane may well catch your attention, this is one round that should certainly not be overlooked. If you would like to see how Dunbar Golf Club fits into your plans for a Scotland golf vacation, take a look at “The Edinburgh Swing Golf Tour” for some ideas. 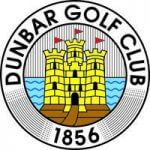 As a club, it has hosted many professional and amateur tournaments over the years, but most notably it has been an Open Championship Final Qualifying venue on four separate occasions in 1988, 1992, 2002 and 2014