Archerfield Links comprises of a historic yet contemporary, secluded Manor House, a world-class spa and two championship golf courses all 40-minutes from Edinburgh along the stunning East Lothian coastline that is home to the likes of Muirfield, Gullane, and North Berwick golf clubs.

Golf has been played on the Archerfield estate for several centuries, and the original six-hole course was extended to thirteen holes in 1869. James Law, the former owner of the Scotsman newspaper, enlisted Ben Sayers, the North Berwick professional to expand the course to a full eighteen hole layout around 1910 before the grounds were taken over by the Ministry of Defence during the Second World War.

The real draw of Archerfield Links is the Fidra course measuring almost 7,000 yards with large and receptive greens. Pine trees are the defining feature over the early holes, offering seclusion from the outside world as the course flows through its woodland routing. The links aspect of the course comes into play from the 12th hole onwards when the Bass Rock, Firth of Forth and coast of Fife come starkly into view and the holes snake their way out to the beach at Yellowcraig and return to the Clubhouse. Only opening in 2004 the Fidra blends very well into the group of premium golfing destinations in East Lothian lying as it does between the 8th hole at Muirfield and the 9th hole at North Berwick.

Archerfield Links is well used to hosting events, with the Ladies Scottish Open having been held there on five consecutive years between 2010 and 2014, and in 2015 and 2016 the Fidra staged the Scottish Senior Open.

In the summer of 2006, the Fidra course was joined by the new Dirleton course which offers a very Scottish links golf experience. There are over sixty sand traps on the course, many of which are good old-fashioned pot bunkers with steep revetted faces and a set of traditional wooden stairs at the rear. The signature hole is the dog-legged right 16th which has four bunkers lined up one behind the other on the bend.

Archerfield is a beautiful, quality golf experience from the courses to the Clubhouse, driving range and chipping area to the sumptuous locker rooms and top class catering in a golfers haven and is well worth inclusion when playing along this fabulous stretch of East Lothian coastline. 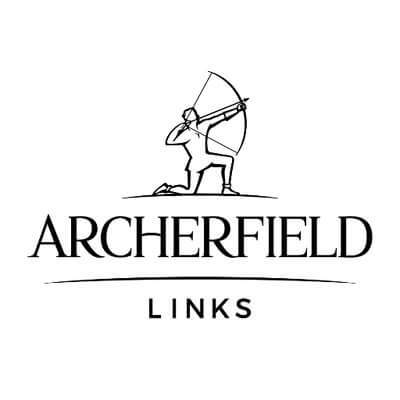 Archerfield Links is well used to hosting events, with the Ladies Scottish Open having been held there on five consecutive years between 2010 and 2014, and in 2015 and 2016 the Fidra staged the Scottish Senior Open.