"Alwoodley is unmissable for any fan of Alister MacKenzie’s work."

Founded in 1907, the Alwoodley Club, situated on the outskirts of Leeds in northern England is famous for the influence of one man, the local MD/GP, Dr. Alister MacKenzie. Alwoodley was the first course that MacKenzie would design, but not his last, the most famous of which would be Augusta National, in Georgia, scene of the Masters. He would also go on to design Cypress Point, Royal Melbourne, Crystal Downs in Michigan, Illinois and Pasatiempo in California. The course at Alwoodley today remains almost precisely as it did when MacKenzie designed it, although it has been lengthened to some 6,900 yards to create modern-day championship standards. The club has carefully retained the original heath and moorland influence that MacKenzie worked the course around. An ever-present in the Top 100 courses in the UK & Ireland, it is the fact that it has retained its heritage and a core design that has made Alwoodley both interesting from the MacKenzie perspective, while at the same time demonstrating how strong his ethos was even at the start of his design career.

Alwoodley is a regular on the rota of amateur and professional championships and has been an Open Final Qualifying course since 2000. One of the things that strike you about Alwoodley is the spectacular bunkering which is both extremely clever in its positioning and also in keeping with its surroundings. Much of the bunkering was returned to the original MacKenzie designs in the 2000s by Ken Moodie, working off old photographs from the original design. The course runs straight out and back like a links but this is heathland, and while in summer it can run as hard and fast as any true links course, it is usually found to be a little more receptive.

Many of the greens at Alwoodley have Augusta similarities in terms of undulations and borrows where the master was perfecting his skills. The 10th hole at Alwoodley displays more than a passing resemblance to the 13th in Georgia for example. The green on the 5th is a further example. A 370yard par 4, the danger is all located on and around the putting surface. No less than seven bunkers protect the green which has at least six different pin positions covering the various tiers and levels on it. Anything long on the 5th and you will find your ball disappearing off the back to where recovery is almost impossible for par.
Of all the greens where Augusta screams at you, it has to be the 176yard par three 11th. With some of the most severe borrows that you will find anywhere, it is wise to find out before you leave the clubhouse from a member where the pin that day is positioned and probably best to ask for a strategy at the same time! Get on the wrong side of the pin, and you will not be the first nor last to walk away having used the putter three or four times!

Alwoodley is unmissable for any fan of Alister MacKenzie’s work. It is rare to find a golf course with so few changes from an original layout over 100 years old. The Consummate Pro highly recommends that you make a visit and play Alwoodley in conjunction with Moortown when in this part of England. We will be delighted to bring you to this beautiful part of England to experience world-class golf and world-class hospitality. 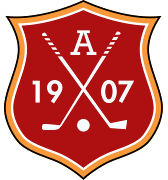 The Alwoodley Club, situated on the outskirts of Leeds in northern England is famous for the influence of one man, the local MD/GP, Dr. Alister MacKenzie. Alwoodley was the first course that MacKenzie would design, but not his last, the most famous of which would be Augusta National, in Georgia, scene of the Masters.

BOOK WITH CONFIDENCE... WE ARE THE WORLD'S BEST GOLF TRAVEL COMPANY!